MRN is to excited to host the tour for Bombshell by Xyla Turner, a new-to-me author, today!! Here you’ll get the scoop on the book, read an excerpt, and check out my review. Don’t forget to follow along on the tour here until September 19, 2015. 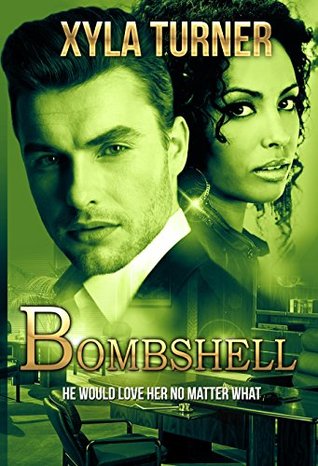 Tired of dealing with the sexist, dominant men at her corporate job, Samantha Wilde started her own company. After hearing some life-altering news, she literally bumps into a man who knows what he wants regardless of her situation and is willing to pursue her no matter the costs.

Joshua Kelly is a successful business man. He has Samantha in his sights for not only business, but pleasure! He makes her a business proposition that she tries to refuse, then he moves in for the kill with a relationship proposal. She is almost helpless to stay away from him, because he represents the type of dominant man that she wants to avoid but his touch is addictive. Maybe this kind of dominant isn’t so bad.

This story is about the realities of sexual encounters and how to move on from what you cannot change.

Based loosely on a many true stories.

I whipped around and almost hit him with my head because he was so close. He was leaning over me to pay the barista for the drinks.

Here’s the thing, I’m 5’9 and I had on 3” heeled boots, so I’m a pretty tall lady. This guy was leaning over me, so he had to be around 6’5 or taller. When he stood up to his full height, I saw it was the guy from the elevator.

“Sir, what are you doing?” I was annoyed.

His eyes slid down to mine. “Treating a beautiful lady,” he smoothly responded.

“I didn’t ask for this,” I shook my head at the barista and went to hand her my card.

She looked confused, but went to grab my card. He snatched the card out of my hands and commanded, “I got this.”

At that point, the barista took his twenty dollar bill and deposited it in the register, gave him his change and asked, “Your name?”

I could play this one of a few ways, I thought as I stared at him with my mouth open.

Option 1: I could be a total bitch and tell him where he can go, how I can pay for my own coffee and how dare he have the nerve to try and bend me to his will.

Option 2: I could thank him politely, get my coffee and go home.

Option 3: I could smile and say thank you.

I couldn’t tell if he was good looking or not because I was now thoroughly pissed. He no longer had the scowl on his face, but a smirk. I felt like he walked over me and disregarded my wishes, but that didn’t mean I needed to act on that feeling. I didn’t want to make a scene at the Starbucks because I frequently came here as many of my clients were in this area. However, I did want to make it clear to him who he was dealing with. As I was preparing myself to go with Option 1, but a more civilized and modified version, he reached his hand up to my mouth and closed my lips with his thumb and index finger. Then he slipped my card back in my purse with his other hand.

I was introduced to Xyla Turner via social media by way of a mutual connection. I found her tweets interesting which lead me to find her website and her backlist. When I read the blurb for Bombshell I knew I’d have to read this book because it deals with a topic not often encountered in Romancelandia — STDs. In the land of manwhores and often unprotected sex, pregnancy is usually the only consequence romance novel protagonists face as a result of sometimes irresponsible sexual behavior.  In real life, we all know that pregnancy can be the least of our worries when it comes to not using protection or promiscuity. Romance novels are about fantasies and escape. STDs are part of no one’s fantasy…so I was more than a little curious as to how Bombshell would deal with a very serious topic in a realistic manner without becoming preachy or have it overpower the romance between the main characters.

Joshua was intense and alpha right from the beginning.  It was no mystery why Samantha ran away from him following their first meeting.

“Maybe I did come across too aggressively, but for a woman like her, that is usually the only language she knows because if given the chance she would be the aggressor and I don’t play that shit.”

I’ll say, I’m not usually here for the “daddy” references in sex scenes, but GOTDAMN, Joshua was HOT and he knew how to use a pet name, so I forgave him!!!

“[…] I call you baby sometimes, that is usually reserved for when we are having general discussion or sex because you are being cute or I want to show you who your daddy is by making you scream. I use mama to signal maturity, respect, and more important how I see you as a partner and not someone below me. I use sweetheart as well, which shows that you are sweet and you have my heart.”

Sam was a lot of work! She tap danced on my nerves at points, but I loved her complexity and the layers to her personality. Sam was feisty, strong, about her business and not about that bullsh*t! I can’t be mad at that! She was also vulnerable and scared to be hurt again.

“That’s your problem Sam, you walk around like you’re this strong independent woman, but in actuality, you’re a scared little girl. And when something frightens you, you run, escape and hide in the closet.”

Best of all, Sam didn’t let Joshua and his alpha ways run all over her. When he was in the wrong, Sam was the first to check his ass! LAYERS, y’all!

“[…] excuse me if I feel angry about you bringing me into an uncertain situation, provided me with no heads-up, background or anything. I handled that bombshell the best way I could and put on a hell-of-a performance.”

Things move pretty quickly between Joshua and Sam, but things don’t happen in a vacuum either. Of course there’s the conflict of the aforementioned STD.  Sam has to come to terms with her status and realize that not all men will vilify her for it. But that’s not the main conflict here…it’s just a part of Joshua and Sam’s journey.  The story is well-rounded and we get to know juuuuusssst enough about other characters to want to see more from them…I’m keeping my eyes peeled for stories from Elliot, Vicki, and Trevor in the future! Bombshell was my first book by Ms. Turner but it won’t be my last!