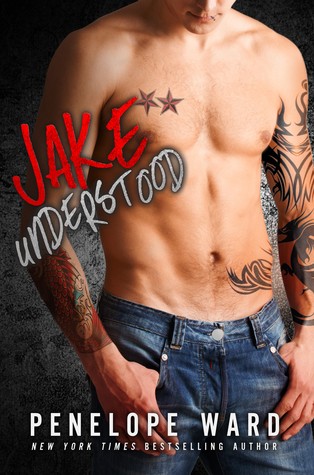 Jake Undone was an enjoyable read though I had some issues with it. For the most part they were the same reservations I have with many new adult books. Thus; I wasn’t sure how much I’d like Jake Understood, expecting it to be the same old, unnecessary rehash of its predecessor from Jake’s POV. To be honest, I almost didn’t read it for this reason. I’m glad I gave it a chance because in many ways I enjoyed it more than Jake Undone.

Granted a good portion IS a rehash of the first book, but it’s told from the context of Jake sharing with friends eight years later how he and Nina came to be from the beginning. Since Jake was carrying around a lot of secrets and guilt involving his mentally ill then-wife Ivy, which Nina didn’t know about at the time, the story wasn’t just a stale retelling of exactly what we knew already. Although the events are the same, being in Jake’s head gives us insight that Nina’s POV could not.  Also in the latter third of Jake Understood, we get to read about the challenges they continued to face during the eight years since the end of the first book and catch up with Nina and Jake in present day.

I enjoyed that Nina and Jake had grown up, having gone through a lot together. I would have liked being shown rather than told about those eight years, specifically how Nina came to terms with Ivy’s presence in their lives, interaction with their families, and more scenes with their son.

As companion novels go, this was a good one.